The Indian Spice Box is a unique way of storing necessary spices for Indian cooking. You may have come across the words tempering, seasoning, chonk, tadka, popu, thalichchu kottu, vagar, and so on. All these refer to a technique of roasting spices (in whole or powdered form) in ghee or oil to liberate flavors from the spices and is very commonly practiced in Indian cooking. The spices are organized conveniently in a specialty storage container called Anjarai Petti (in Tamil) – which literally means a box with five compartments. It’s also popularly known as Masala Dabba in Hindi. Nowadays, this box is available with seven or more partitions and made with a variety of materials including wood, plastic, brass and stainless steel. The artist in me makes me think of my colorful divider container as my cooking palate!

In this post, we will look at eight spices that I use in everyday cooking – mustard seeds, cumin, coriander, fenugreek, black gram, red chili, asafoetida, and my favorite – turmeric.

Did you know that most Indian spices are complementary to each other in terms of their properties i.e. their effect on our body? Read on to know more…

Mustard seeds, tiny little black balls bursting with flavor and pungency, are rich in calcium, magnesium, selenium, iron and other minerals. The seeds are popped in hot oil or ghee which releases its nutrients. You may have noticed that in my tempering steps I always mention ‘allow it to crackle’ 😀

Mustard has a warming or heating effect on the body and are used to treat pain and inflammation. Mustard poultice is used in acute tooth ache, arthritis, in cold, etc.

In North India mustard oil is used for cooking, especially during the winter months. Contrary to that, South Indian cuisine uses whole mustard seeds for tempering with no use for mustard oil. I guess the difference in climatic conditions plays a role since humans living in the colder North would benefit from higher mustard consumption in the form of oil.

Only after I moved to the US, did I find out that mustard is commonly used as a condiment! However I must be honest that even after a decade here, I have yet to acquire a taste for mustard dressing. Or maybe I should say I haven’t yet found a recipe that will get me to love it. If you know of a great recipe or how to use it in recipes please share it in the comments below. I will be happy to try it out!

Known for its strong flavor and warm bitter taste, cumin is a storehouse of iron. It has digestive, carminative (anti-flatulent) and antispasmodic properties. A herbal tea in combination with fenugreek greatly helps in relieving backaches (from muscle spasms) and improves appetite. “Let’s get you some Jeera Kashayam” is a common quote by grandmas in every south Indian household as first aid for upset tummies. It is also believed to be anti-bacterial and antioxidant.

Jeera is also widely used in many spice blends, especially in chaat masala that we all love to add to many dishes. This is one of the few spices very commonly used in both North and South Indian dishes. It is the secret MSG in Indian cooking similar to Uncle Roger’s MSG😀. All you need to remember is a little goes a long way!

On its own, these seeds don’t taste well. But do not underestimate their abilities since they combine really well with other spices. Coriander is used along with Cumin in many north indian gravies, along with cloves in eggplant stuffing, along with Bengal Gram in Sambar and Rasam powders, and with other whole spices in Garam Masala. It truly is the backbone of all Indian spice mixes.

Coriander is rich in fiber, vitamins B6 & B12, calcium, magnesium, and iron. Coriander improves appetite, aids digestion, helps in controlling cholesterol, and is also beneficial in managing diabetes. It also contains linoleic acid which reduces pain. The water obtained on soaking the dhania seeds reduces thirst, and can be also be used as eye drops after filtering in case of burning sensation in eyes.

It is the yang to mustard’s yin, in the sense that it also acts as a coolant. I fondly recollect my oldest aunt (Mrs. Kanagam Ranganathan) used to boil a large pot full of water with coriander seeds everyday and would remind everyone to have that water instead of tap water as it helps to keep our body cool in the tropical climate of India. “Kothambal arisi vellam kudichiyo di?” (did you drink coriander water) still rings in my ears to this day…

Check out some of our Spices Blends

These tiny, squarish, amber colored fenugreek seeds pack a punch of flavor – albeit bitter! Because of its taste, it’s consumed in very small quantities.

It is also a galactogogue and is commonly given to lactating mothers. Further, it is a very good natural antacid. It is believed to help in controlling diabetes. Fenugreek is believed to have warming effect on the body and more beneficial in colder months. My North Indian friends would surely know about “methi ke laddoo” during winter time? In south India, it’s regarded as a coolant. So this spice seems to be the Dr. Jekyll and Mr. Hyde of spices.

A tip that I learnt from my mother-in-law is to have a small batch of roasted ground fenugreek powder (vendhaya podi) handy and add a pinch of this to any sambar towards the end soon after turning off the heat. This will not only enhance the flavor of the sambar but will leave your guests hungry for more!

Split black gram (as the name indicates) is not really a spice but I included it here because it’s an integral part of tempering in South Indian dishes. It is a favorite because of the crispy-nutty flavor it imparts to dishes.

It is rich in protein, vitamin B, zinc, and iron and is very good for pregnant women. It’s rich in fiber and aids those with diabetes or with digestive issues like bloating, constipation, diarrhea, piles. It is also used in making liver tonics.

One the healthiest breakfasts in India is the humble Idli and without this sublime black gram which is a key ingredient, World Idli Day (March 30) wouldn’t have come into being. Another popular dish (from North India) is Dal Makhni which relies primarily on this gram.

Let’s now talk about the spice that is synonymous with hot Indian food – the red chili (or chilly as it’s spelt in India). It’s something Indians simply can’t do without. Any savory dish is incomplete without a dash of this pungent spice either added whole or in powdered form. First introduced by the Portuguese, it has found its way into all Indian regional cuisines.

Chilies comes in many varieties depending on its spice level starting from the common Bell pepper to various spicy varieties like the Guntur chili. But the fact remains that not everyone can tolerate the pungency of this spice and for them we have the less spicy Bedgi or Kashmiri variety

This spice is a great appetizer, high in vitamin C to boost your immunity, and has antioxidant and mild anti-inflammatory effects. Good news for weight watchers, it also helps in reducing weight.

You will often see my recipes are made with Kashmiri red chili to satisfy the milder palates of my doting husband and darling son while the spice girls, my dear daughter and myself can usually be seen with our favorite pickle on the side (I mean the spicy Indian condiment also known as achar, not the North American pickled cucumber)

This plant resin was originally grown in Iran and Afghanistan. Its cultivation in India only started recently and we relied on imports for all our consumption. Or to be more accurate, it has been imported only recently since Afghanistan was originally a part of ancient India.

This sticky resin contains sulfur compounds which are responsible for the fetid smell which changes to a smooth flavor on adding it to hot ghee making the humble dal a tempting delicacy. Since the taste is similar to leeks and onions, it is used as a substitute those who abstain from eating garlic and onions for religious reasons. An important tip that I learnt from my mother, ‘vengaayam pota perungaayam poda vendaam’ (“if you add onion to a recipe there is no need to add asafoetida”).

It is used in cooking and medicine as an anti-flatulent and digestive aid. A pinch of asafoetida dissolved in buttermilk is a very good digestive after a heavy lunch. Also, asafoetida tempered in ghee and then applied to the navel was a traditional medicine for tummy aches.

I personally feel, my cooking is incomplete without a dash of turmeric. I simply love the bright color and the warm flavor and more importantly it is a healthy and affordable food color!

It is also known for dermatological benefits, it has been used in beauty facials therapies, skin disorders and abrasions. My mother would make a paste of turmeric in water and apply on the wounds….the result of our innumerable adventures in childhood 🐒. Its anti inflammatory benefits are evident both on external application as well as ingestion, hence good for colitis. Further, it is also beneficial in mild arthritis to reduce inflammation!

If you are not familiar with Indian cuisine and the different region a dish could originate from, a quick glance at the surface of the dish can help you guess whether the dish is from South or North India. When you see tempering and garnish on top of a dish, it is most likely from South India and indicates that the dish is ready to serve, contrary to most North Indian dishes where the cooking begins with tempering. However, there always exceptions to this rule (e.g. North Indian dal where the tempering is added at the end).

Spice box to be continued…

Thank you for stopping by. If you’ve tried my recipes or have other tips, I would love to hear from you. Please add your comments below and / or rate this post. Your feedback will help me improve and share better recipes with you. Also, please consider subscribing to my newsletter using the signup form below.

How would you rate this recipe?

Thanks for your positive feedback on this recipe!

Tell us how we can improve this recipe further.

This site uses Akismet to reduce spam. Learn how your comment data is processed. 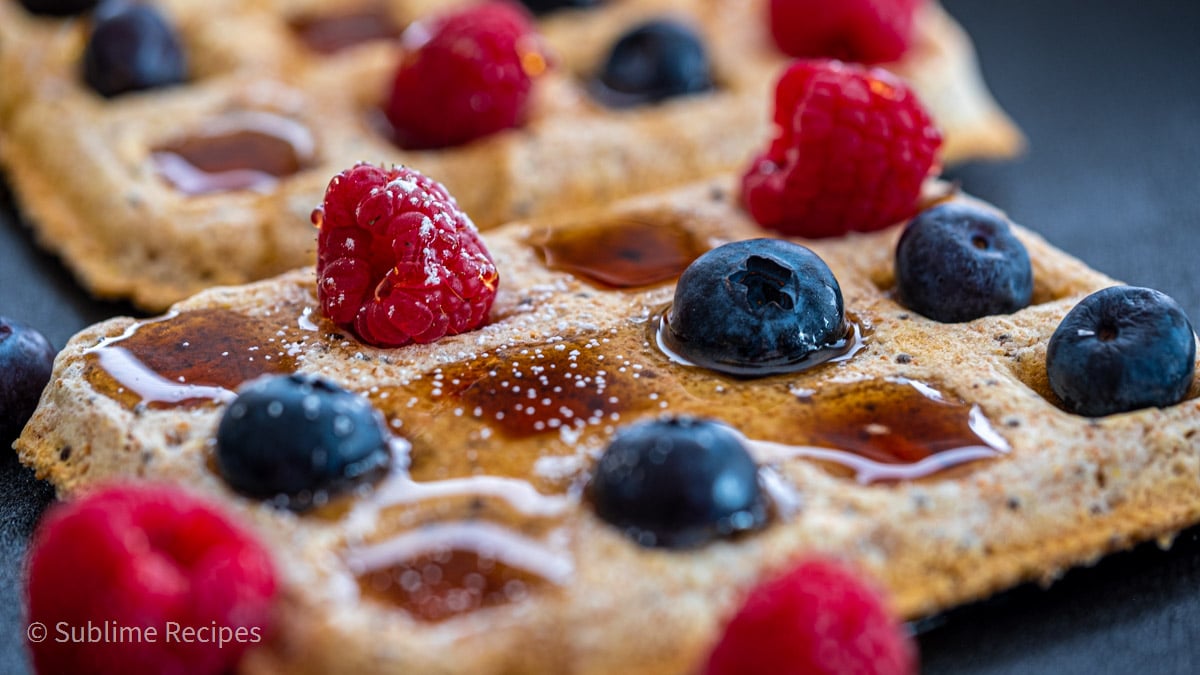 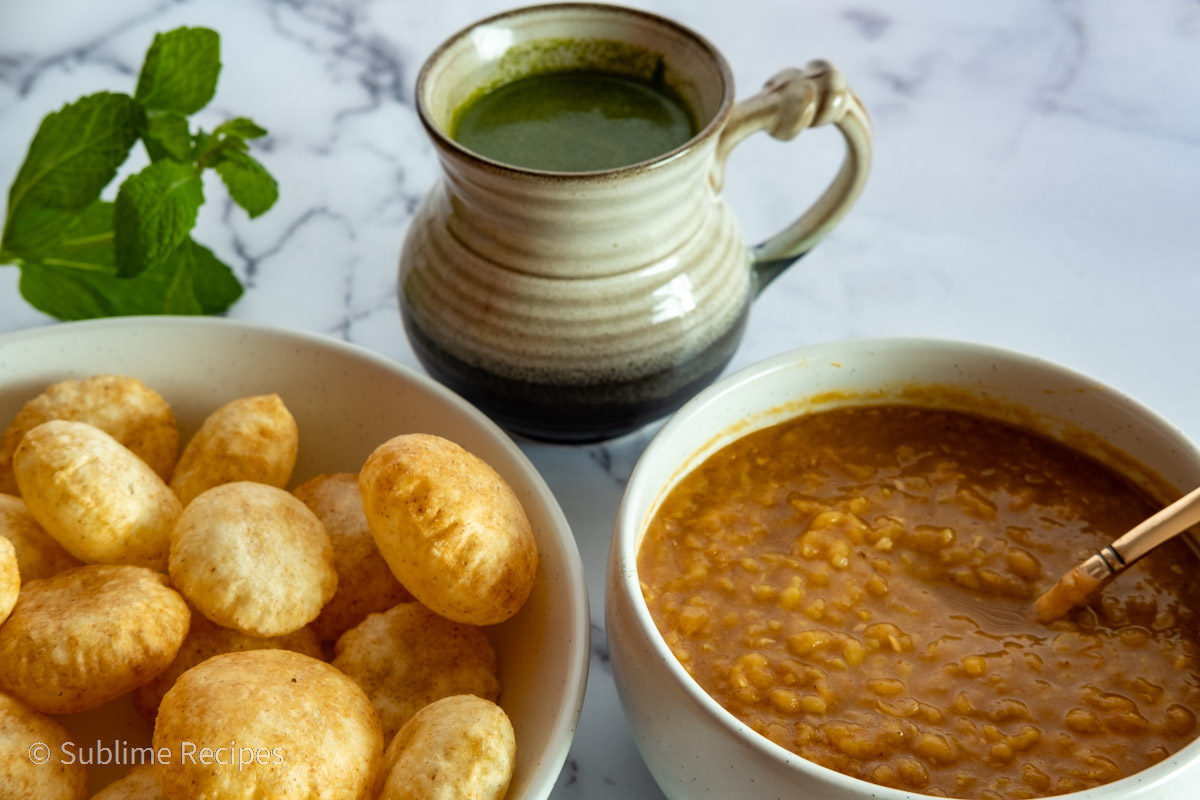 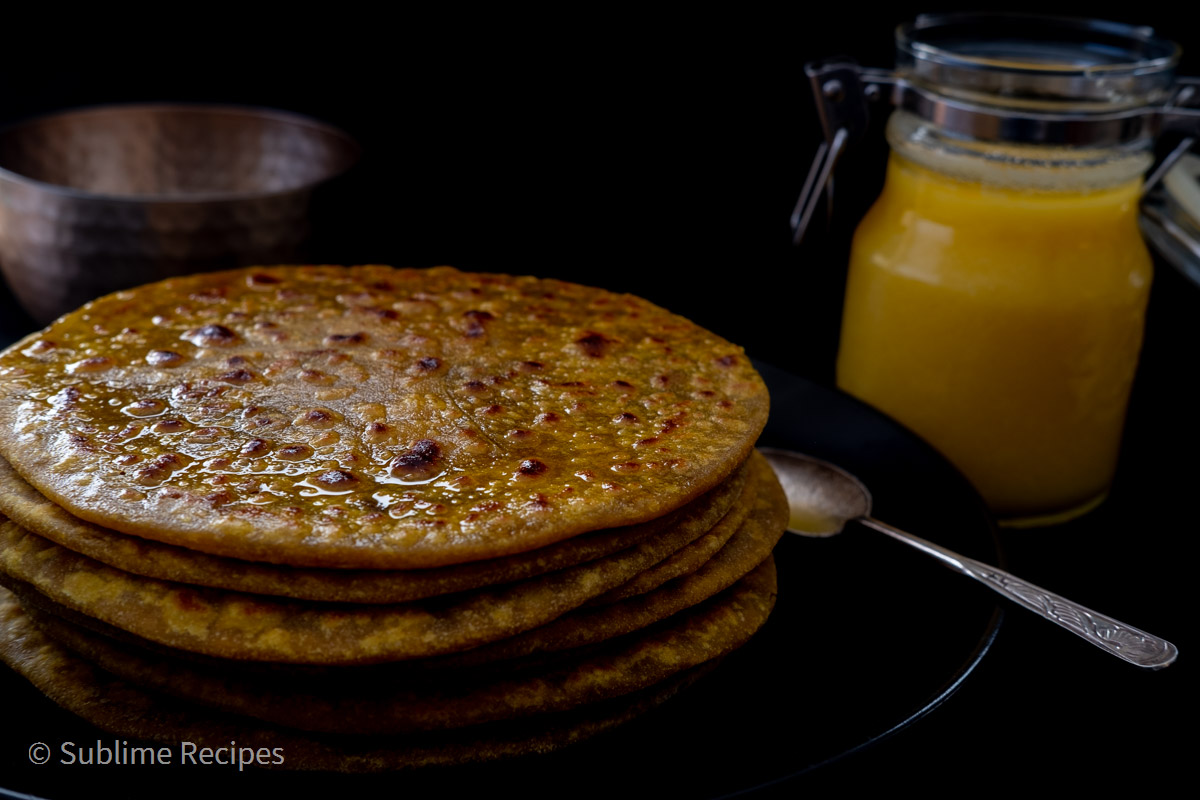 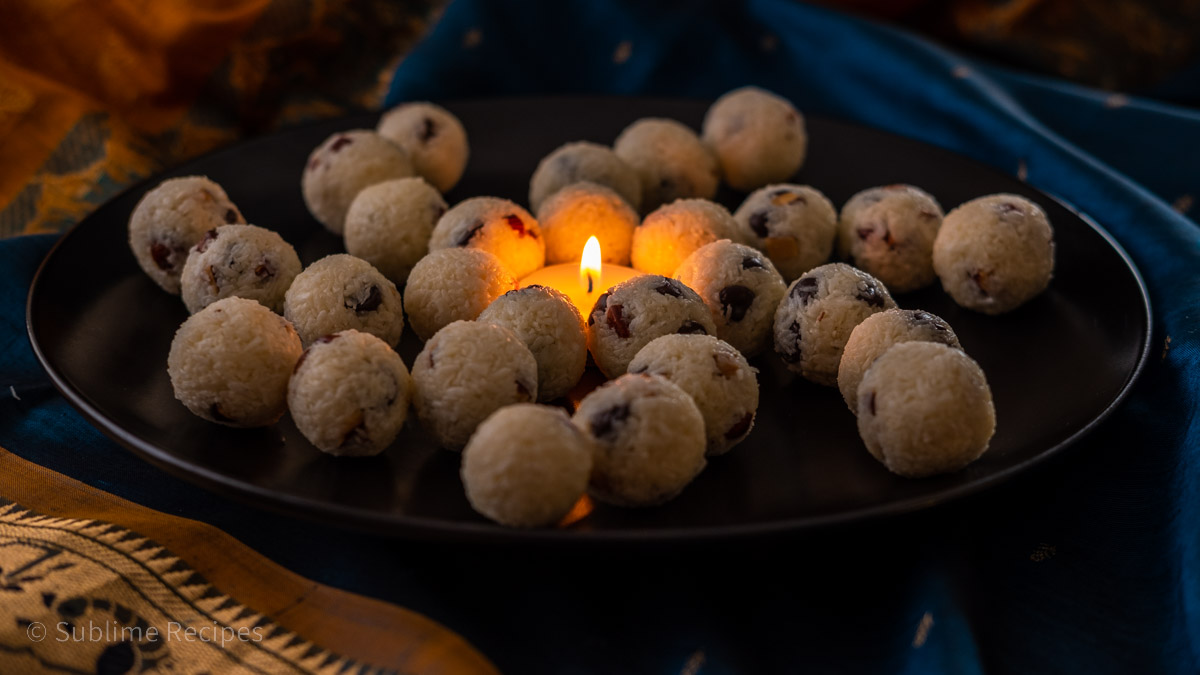 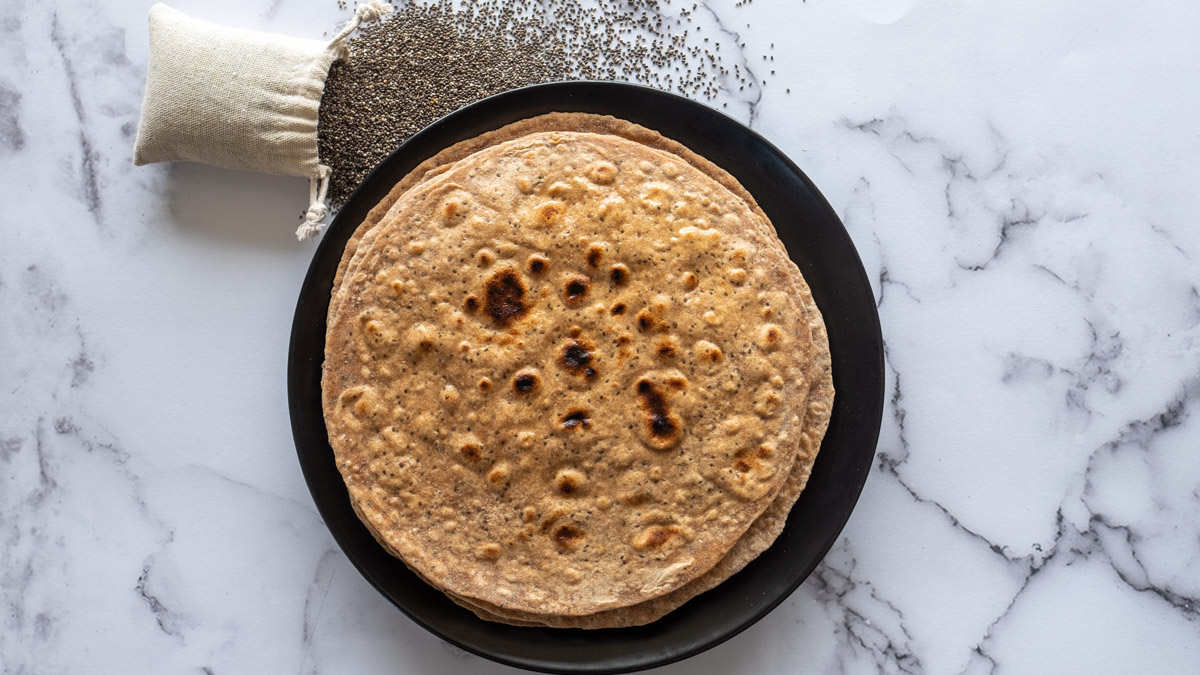